Ecotourism is shortly defined as "responsible travel to natural areas that conserves the environment and improves the well-being of local people." (TIES, 1990) 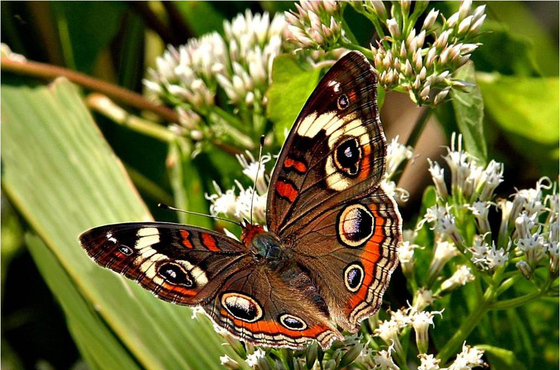 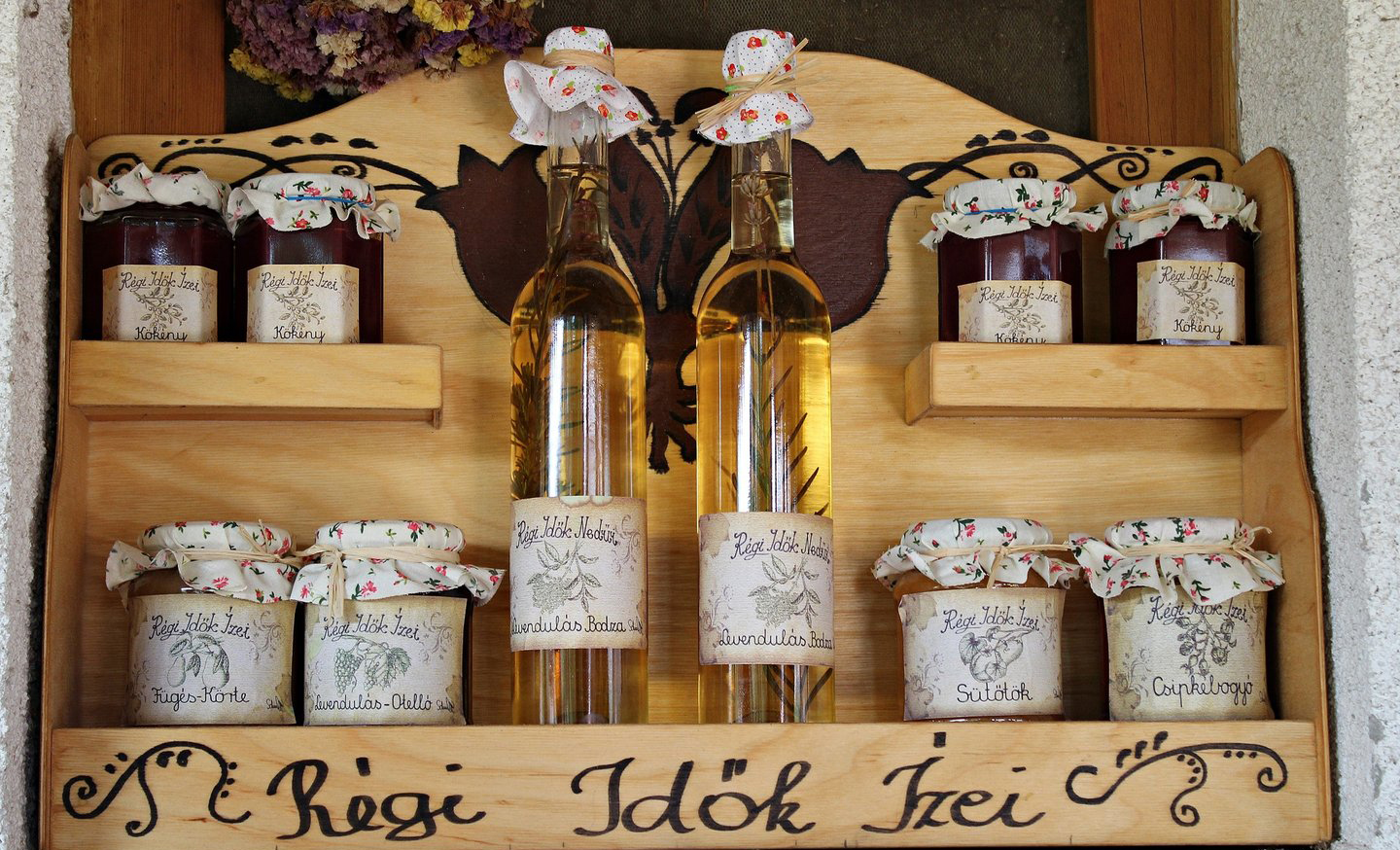 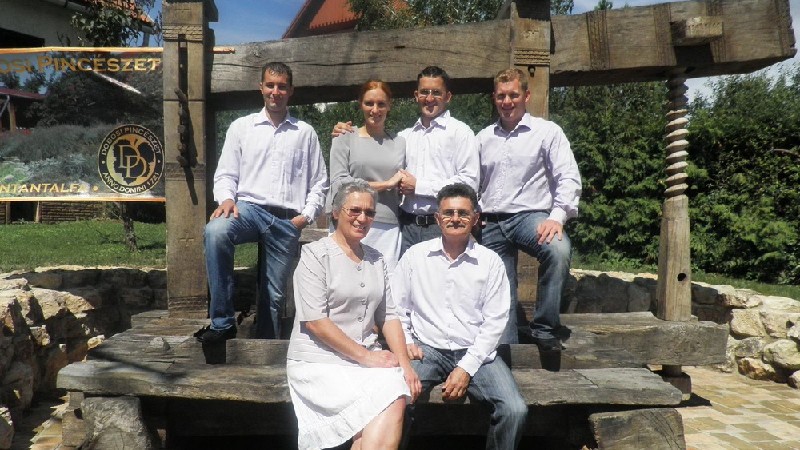 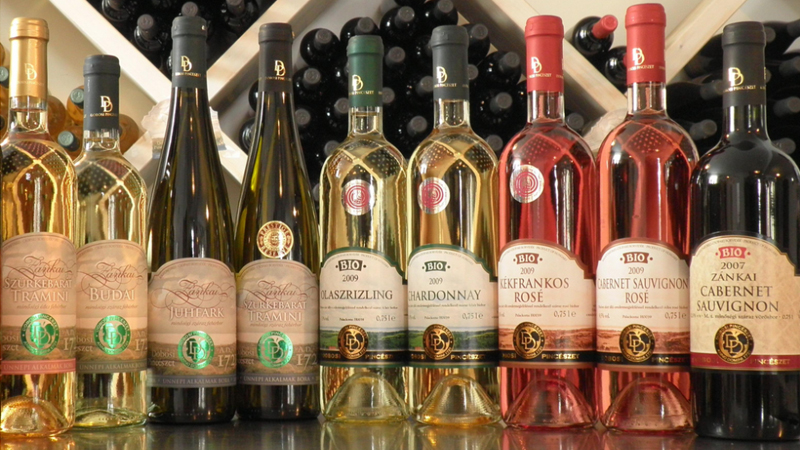 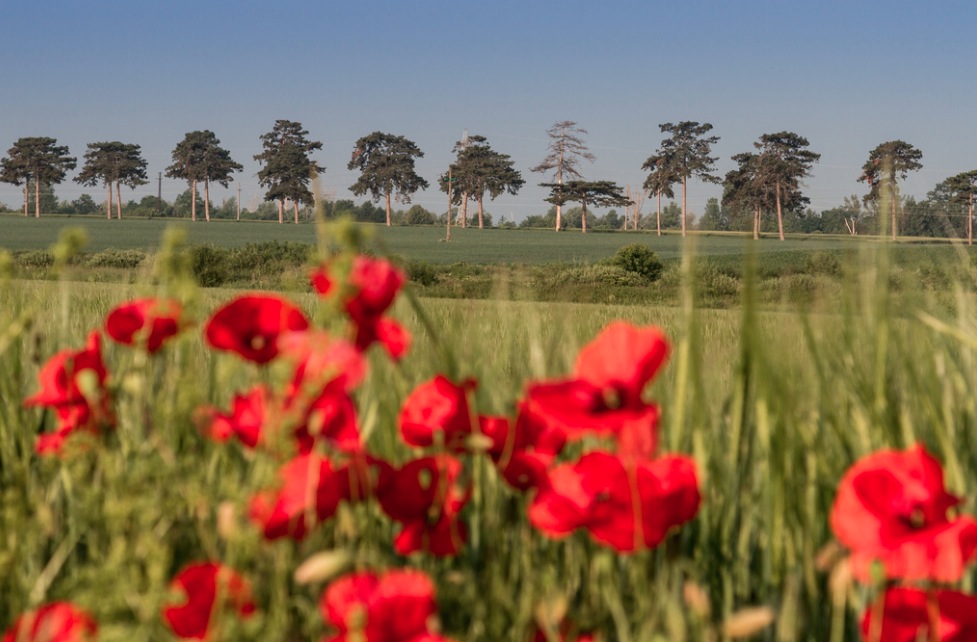 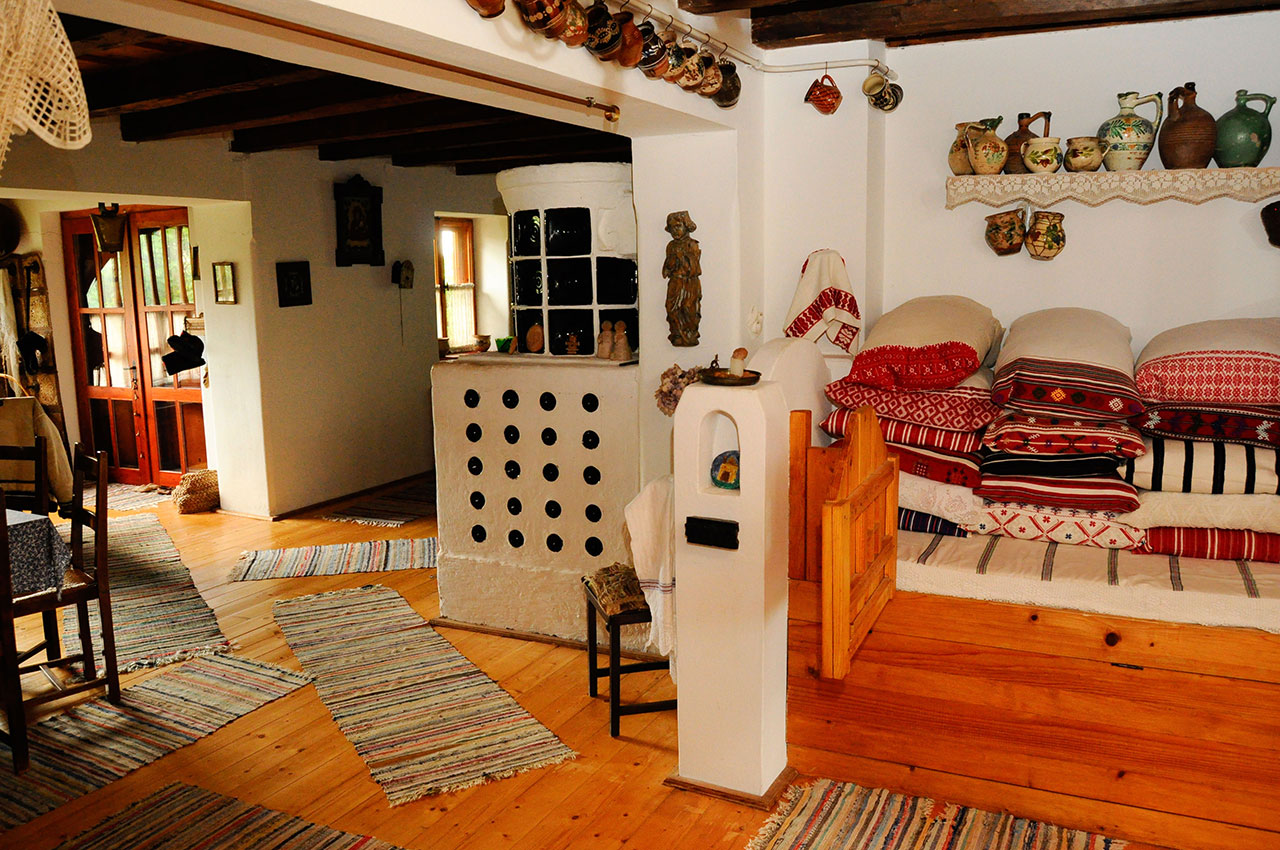 We believe that ecotourism helps: 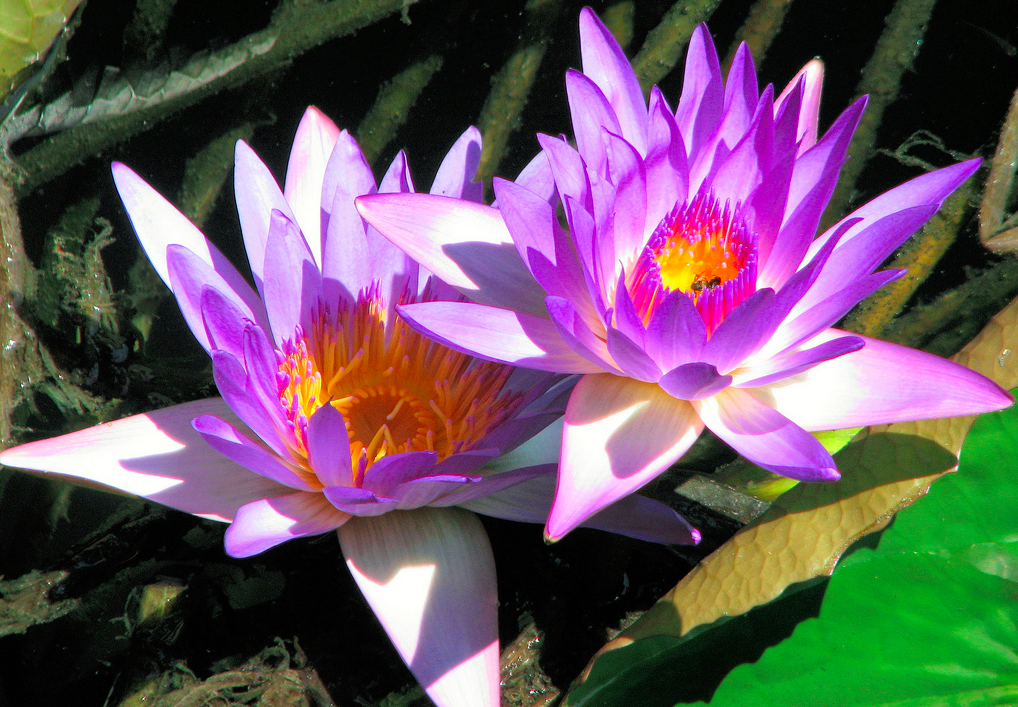 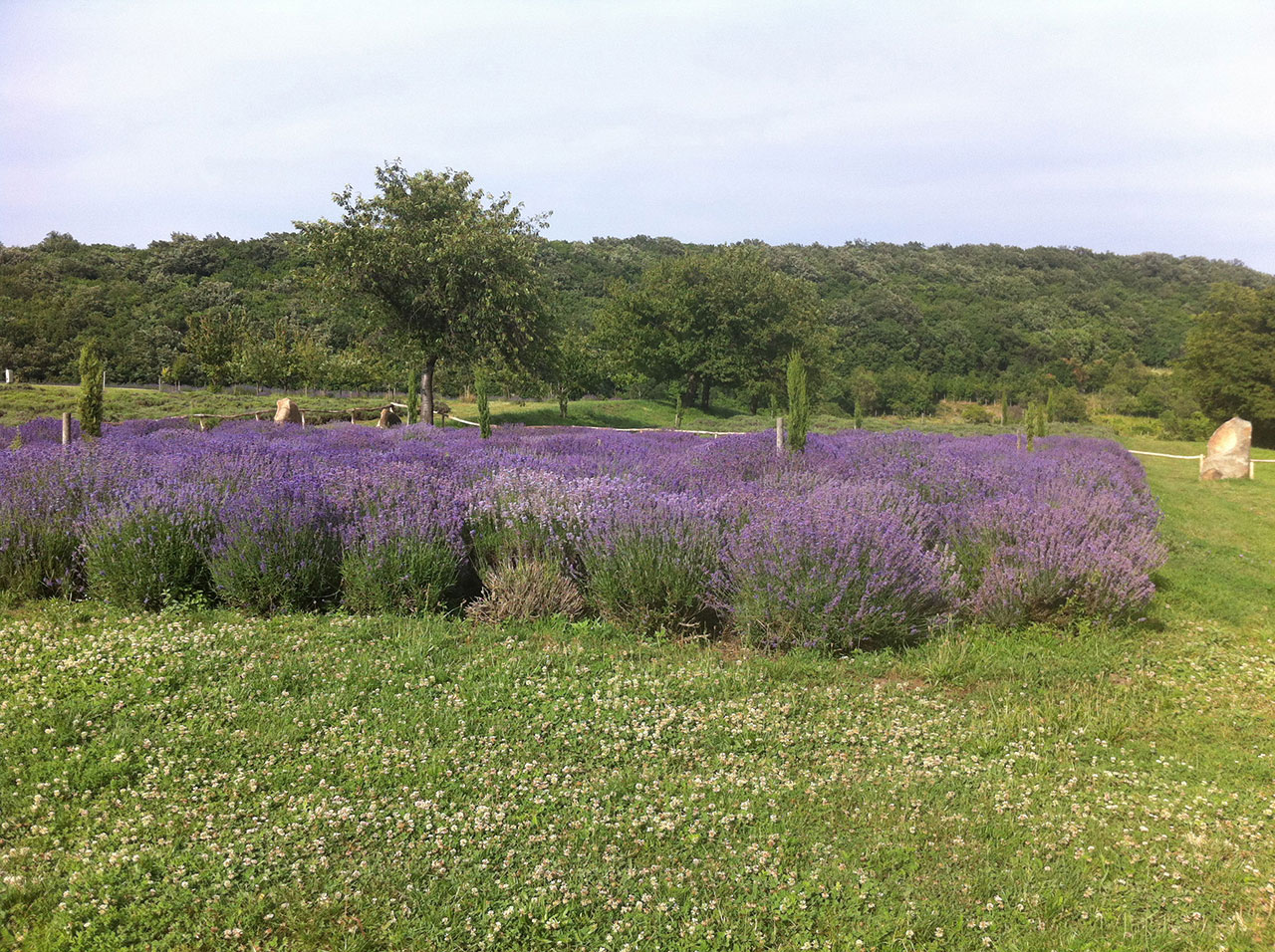 WHY Balaton? Awards of the Balaton region.

Ecotouristic awards and membership of the Balaton region:

2. Tihany’s natural treasures were Europe-wide acknowledged by 2003 when the Council of Europe awarded the peninsula with the European Diploma of nature reserves.

3. Kis-Balaton, as a huge wetland habitat is unique in the whole of Europe, which is why it has always been recorded by international nature conservation. It is therefore not surprising that when Hungary joined the Ramsar Convention in 1979, the Kis-Balaton was included in the list of "Wetlands of International Importance as Waterfowl Habitat".

4. The Lavender House Visitor Center in Tihany won the national title 'The ecotouristic visitor centre of the year' in 2011.

5. We are proud that the Bakony–Balaton Geopark has been the member of the European Geoparks Network since 20 September 2012!

6. Natura 2000 is the Ecological Network of the European Union . With the accession of Hungary the Pannonian region is added to the 6 biogeographical regions of the EU. The Balaton region gives home to numerous species and habitat types that are not present on the area of the 15 Member States of the EU. The habitat types and species that are only present in Hungary are called "pannonicums”.

If you are committed to sustainable and responsible travelling, these informations are interesting for You: 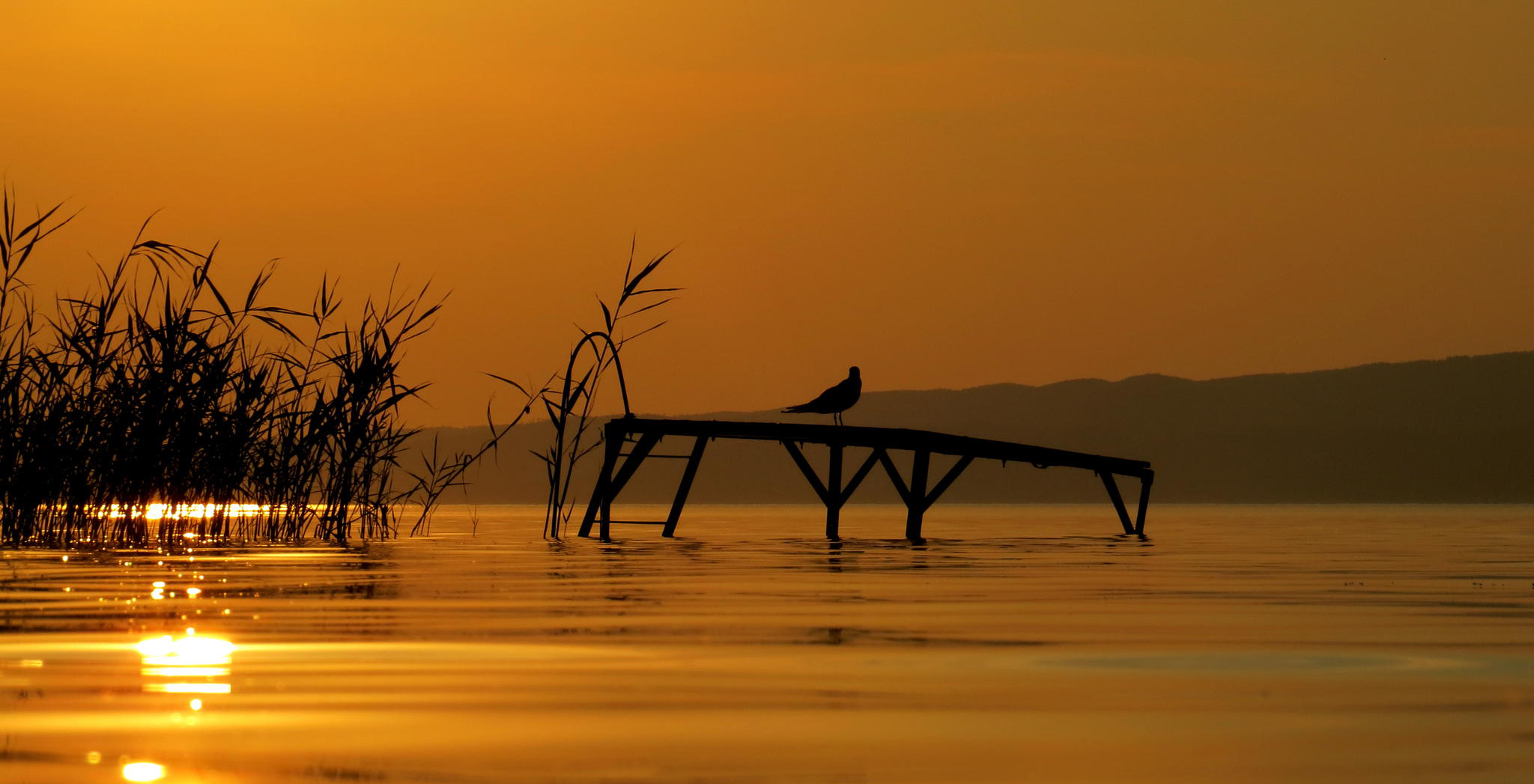 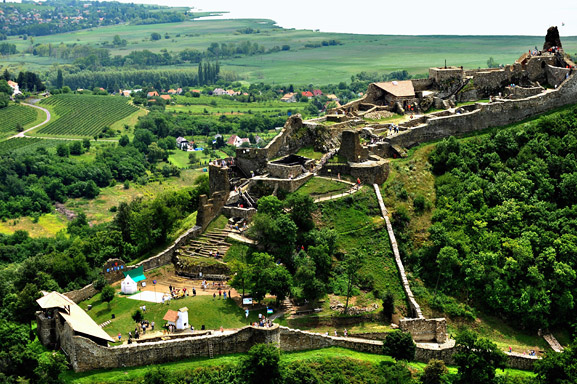 Apart from its scenic beauty, Balaton Uplands National Park is known for its biodiversity. It homes an array of rare and thereby protected species of plants, animals and fungi. One of the typical habitats you will explore is the karstic shrub forest, which can be found in e.g. Tihany and Keszthely Mountains. It is a submediterranean forest with tree species such as manna ash (Fraxinus ornus), Turkey oak (Quercus cerris), field maple (Acer campestre), and the emblematic Eurasian smoke tree (Cotinus coggygria), whose leaves turn into magnificent shades of reds and magentas in October. These forests have a very rich undergrowth with many protected plant species. Forests and herbaceous plants can both originate from the latest ice age, and in sheltered, cold areas they can survive, given the right soil or rock bed. Relict karstic forests remain in areas with two microclimates meeting on two opposite slopes of a hill. This habitat also hosts Carex alba (a sedge) and Calamagrostis varia (Poaceae family). The cute, yellow flowering perennial, winter aconite (Eranthis hyemalis) is also an ice age relict, and it is the earliest flower in the year, blooming in February. 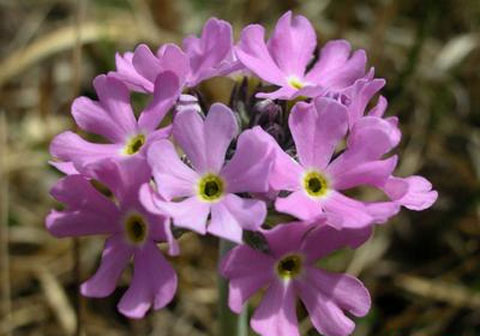 Probably the most emblematic flowering plant in the National Park is the bird's-eye primrose (Primula farinosa). It lives in moorlands, where the temperature is balanced and a bit lower than in its surroundings. This small primrose has almost entirely disappeared by now, only a few segregated populations live in Káli Basin, but as it is a strictly protected species in a vulnerable habitat, the area is not accessible for visitors. The flower used to feature the logo of the National Park.

Orchids grow not only in tropical forests, but also in the meadows and in the woodlands of Europe. Some of the orchids you can detect in the undergrowth or in alkaline meadows: military orchid, (Orchis militaris), green-winged orchid (Anacamptis morio), early-spider orchid (Ophrys sphegodes), bee orchid (Ophrys apifera), and the spectacular Adriatic lizard orchid (Himantoglossum adriaticum). Needless to say that all of these stunningly beautiful plants are protected.

The fauna of such a colorful mosaic of different habitats, including wetlands, is naturally just as diverse. Just to mention a few of the most spectacular representatives of insects: stag beetles (Lucanus cervus) can easily be recognised by their 'antlers', and the European rhinoceros beetle (Oryctes nasicornis) by its horn. Apart from the most common butterflies there are the rarities, such as the large copper (Lycaena dispar), the scarce large blue (Maculinea teleia), whose larvae develops in ant nests, and the strikingly beautiful southern festoon (Zerynthia polyxena). In the strictly protected wetlands of Kis-Balaton many dragonflies and danselflies hover in the air even in the milder days of November. 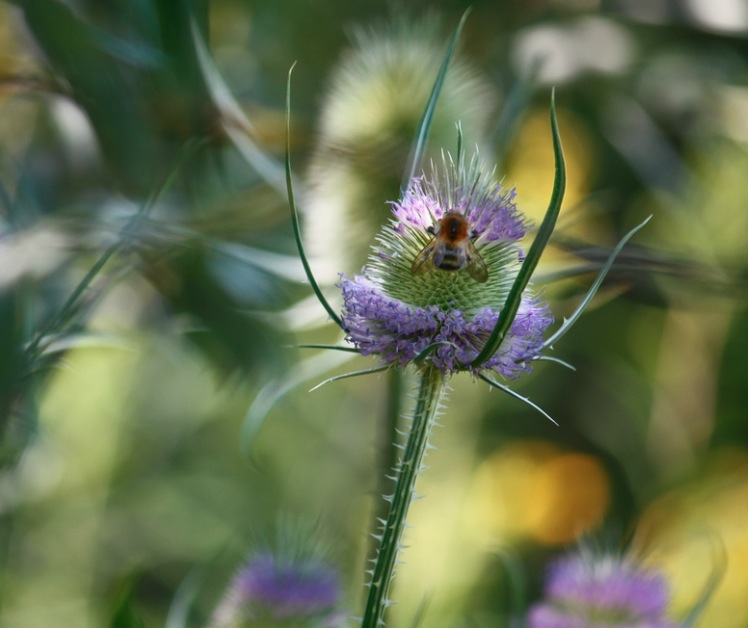 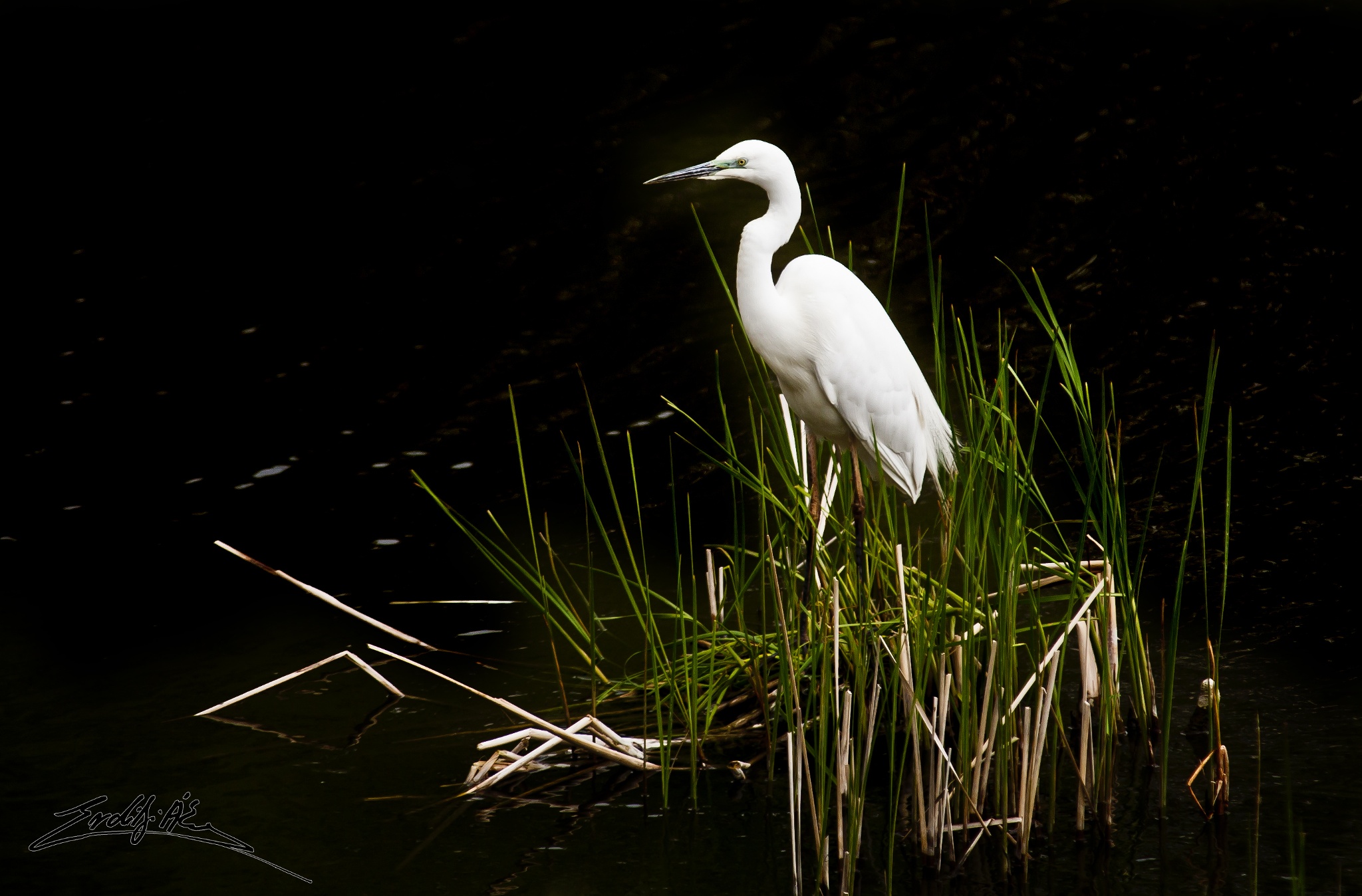 Kis-Balaton has an outstandingly rich fauna, counting 600 protected animal species, of which 260 are birds. Half of them nest in the wetlands, the others are migratory. The graceful great white egret (Egretta alba) is the symbol of Hungarian nature conservation. The little egret (Egretta garzetta) is half its size. They both remain with us for the entire year, and so does the grey heron (Arda cinerea). The purple heron (Arda purpurea) feeds primarily on frogs, and leaves us in September for warmer lands. So does the night heron (Nycticorax nycticorax), but when they are present, they sometimes paint the willows blue. If you are lucky, you will spot the smallest heron of Europe, the little bittern (Ixobrychus minutus). The great bittern (Botaurus stellaris) sounds like a deep flute in the reed, but not easy to discover where it hides. The reed is home to many small songbird species, such as reed warbler (Acrocephalus scirpaceus), river warbler (Locustella fluviatilis), moustached warbler (Acrocephalus melanopogon). The agile bird of prey, the marsh harrier (Circus aeruginosus) is tied to the reed for life, it nests there, and picks its prey from the above mentioned songbirds, if possible. 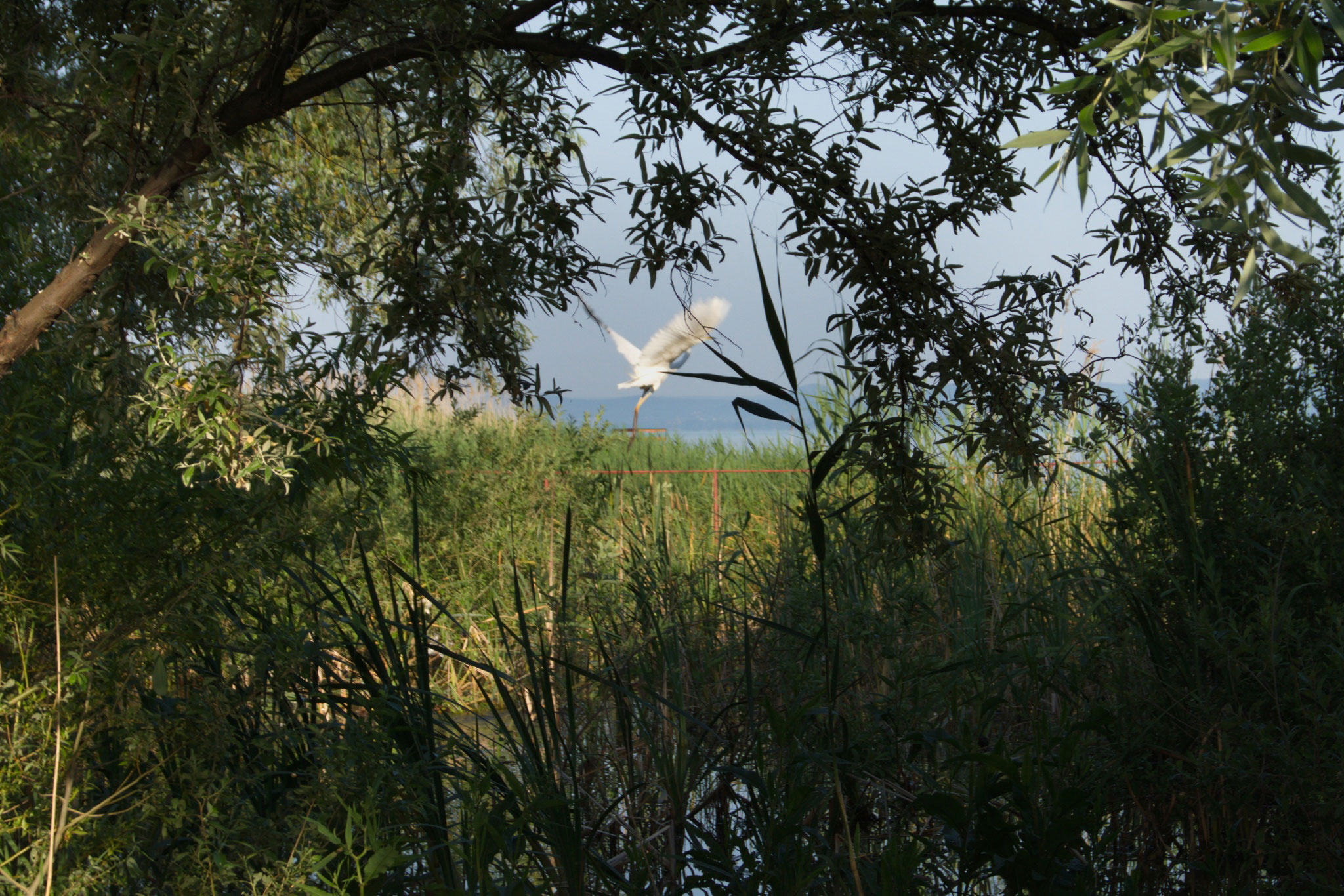 The hen harrier (Circus cyaneus) arrives in late October and winters here. The largest and most imposing birds of prey are the white-tailed eagles (Haliaetus albicilla). The duck species change every month, they come and go, stay for a few months, always offer something new to the bird-lover spectator. Mallard (Anas platyrhynchos), gadwall (Anas strepera), wigeon (Anas penelope), shoveler (Anas clypeata), the small ones: the teal (Anas crecca) and the garganey (Anas querquedula), the spectacular ones: the red-crested pochard (Netta rufina) and the ferruginous duck (Aythya nyroca) make up most of the checklist of the bird-watcher. Naturally, gulls, terns, cormorants, pygmy cormorants, waders, rails, crakes, and geese can also be regularly seen in or above the water. In the summer brilliant flocks of bee-eaters (Merops apiaster) fly above the wetlands. 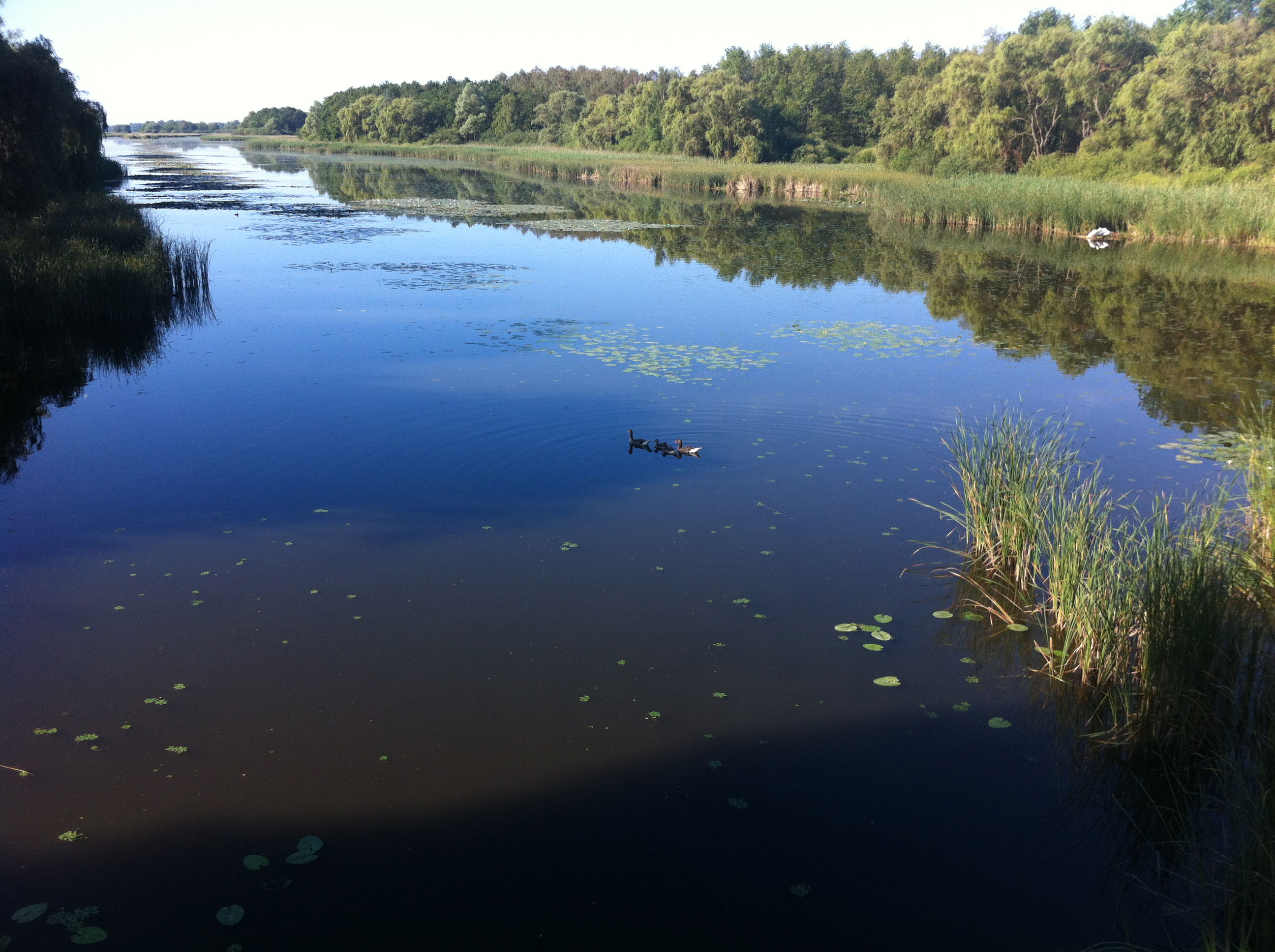 Other representatives of the fauna are the harmless snakes, e.g. Dice snake (Natrix tessellata), the many frog and salamander species. Half of the world population of the unique fish European mudminnow (Umbra crameri), lives in the waters of Kis-Balaton. As for mammals, this area is home to 13 bat species, and the jackal (Canis aureus). Deer and red deer are also regulars in the reed and the marshy waters. 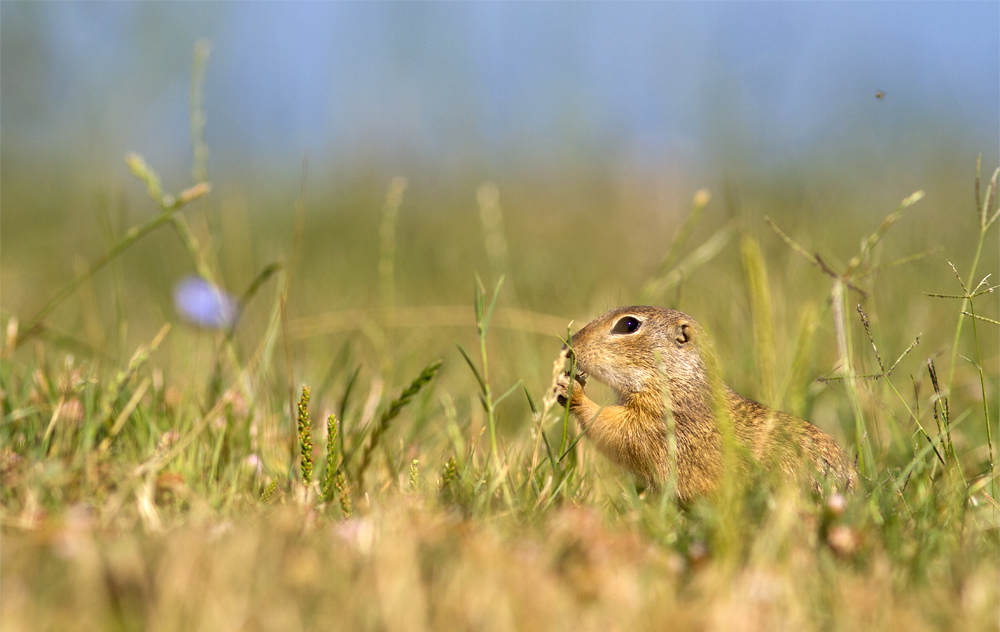 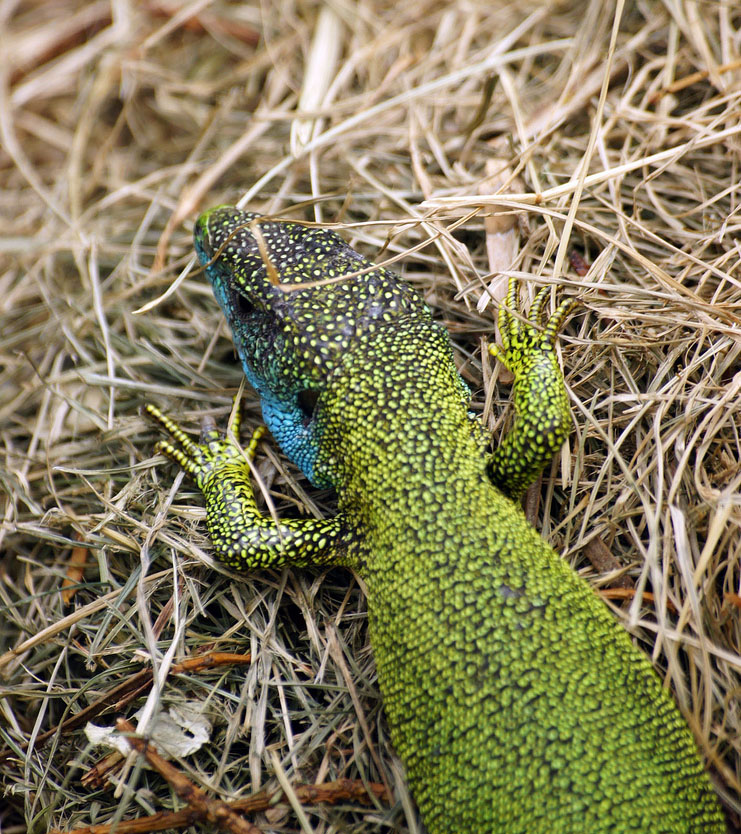 Why did we choose Phoxinus fish, as a company name, in order to represent the first Hungarian ecotouristic and responsible travel program ?

Phoxinus is a genus of freshwater fish in the minnow family , needs cold and well oxygenated habitats. Phoxinus lives in the cave-lake of Tapolca, (our holiday program includes Tapolca-cave , see Daily programs) and unfortunately can be found on the RED LIST of Threatened Species by IUCN.
IUCN = International Union for the Conservation of Nature

The IUCN Red List of Threatened Species, founded in 1964, is the world's most comprehensive inventory and main authority of the global conservation status of biological species. 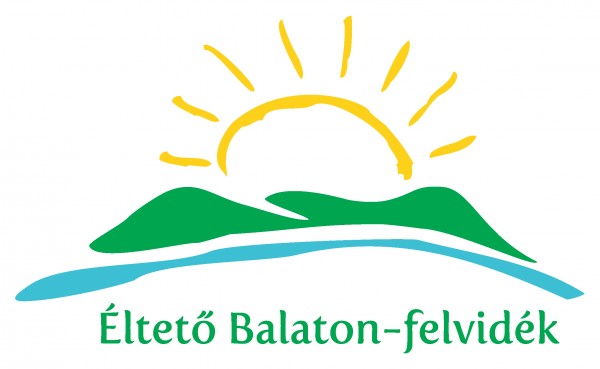 You can have an unforgettable gastronomic experience while immersing in the harmony of tastes, aromas, scents , nectars, wines and spirits of Balaton Uplands.

The name of the territorial brand: Cooperating Balaton Uplands.

Through our rich handcraft breakfast supply and home-made style dinners in the wineries, you can taste several local food and drinks which possess this trademark.

The European territorial mark can be used by the partners of the organization, who obtain the written permisson of the European Territorial Quality Mark Association.

Those who use the Brand fulfill the terms and conditions of the branding regulation of universal validity, including the social and economic responsibility, as well as the specific rules regarding certain product or service groups.

With the introduction of the Brand, the users take upon themselves that

The devoted work, cooperation and taking social responsibility of manufacturers, hosts and artists will guarantee that the porducts and services offered in Balaton Uplands reflect the local characteristic features.

The local manufacturers who have deserved the Brand pay special attention to the preservation of the values and traditions, transferring knowledge and experience, creativity and the use of native substances.