I. What makes your breakfast and dinner so special by us?

Hungarian cuisine promises a lot of excitement for gastro-curious travellers.

We have searched and now provide natural , handcraft food for breakfast from local farmers, including organic farms, and family -enterprises . 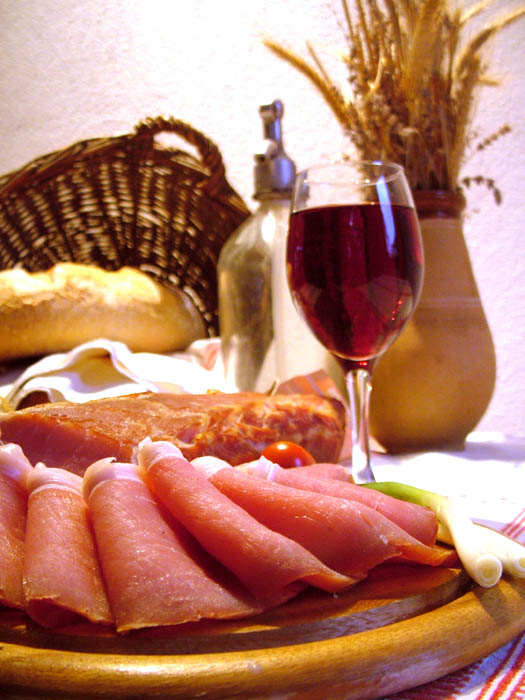 We would like to introduce the traditional Hungarian specialities directly from home-made style manufacturers, who are artisans of taste and quality

The foods of Balaton regions and villages become specialties because each area has a traditional method of working the land, and a unique agricultural heritage which is passed down through the generations, it is an unwritten, yet complex code of agricultural workmanship.

Many of the handcraft food and drink you will consume here , got the European Territorial ’Rural Quality’ Brand, which name is Cooperating Balaton Uplands. (read more about it under Menu Responsible Travel & Ecotourism 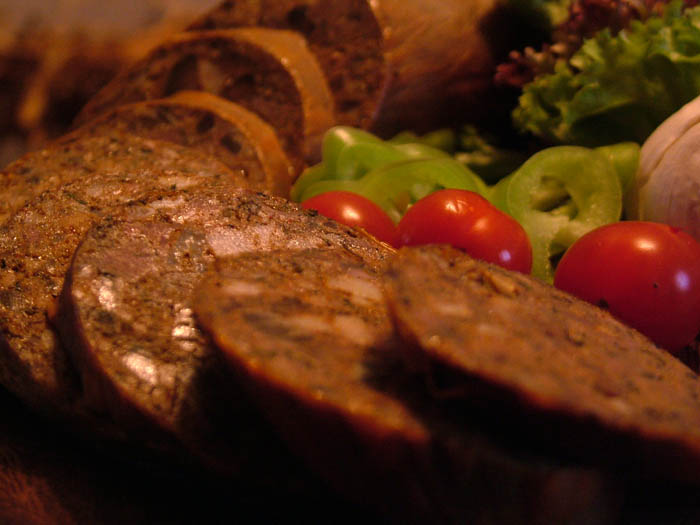 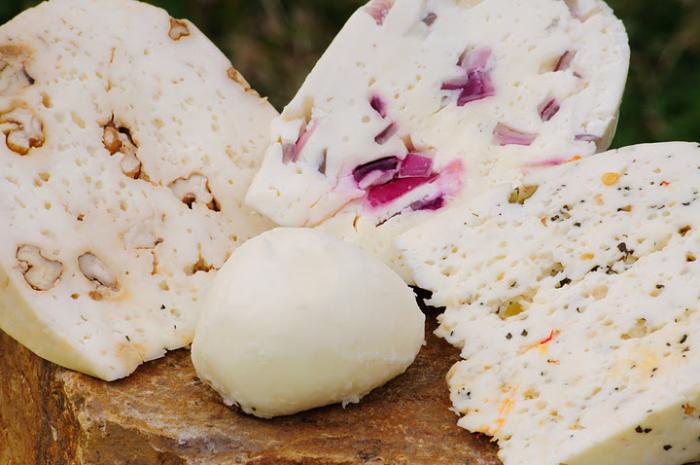 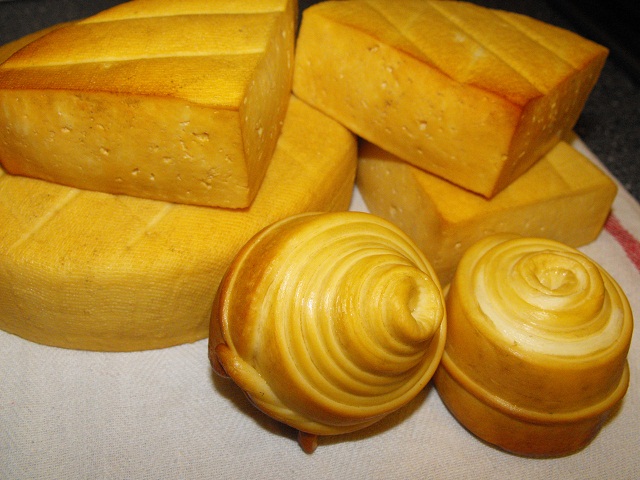 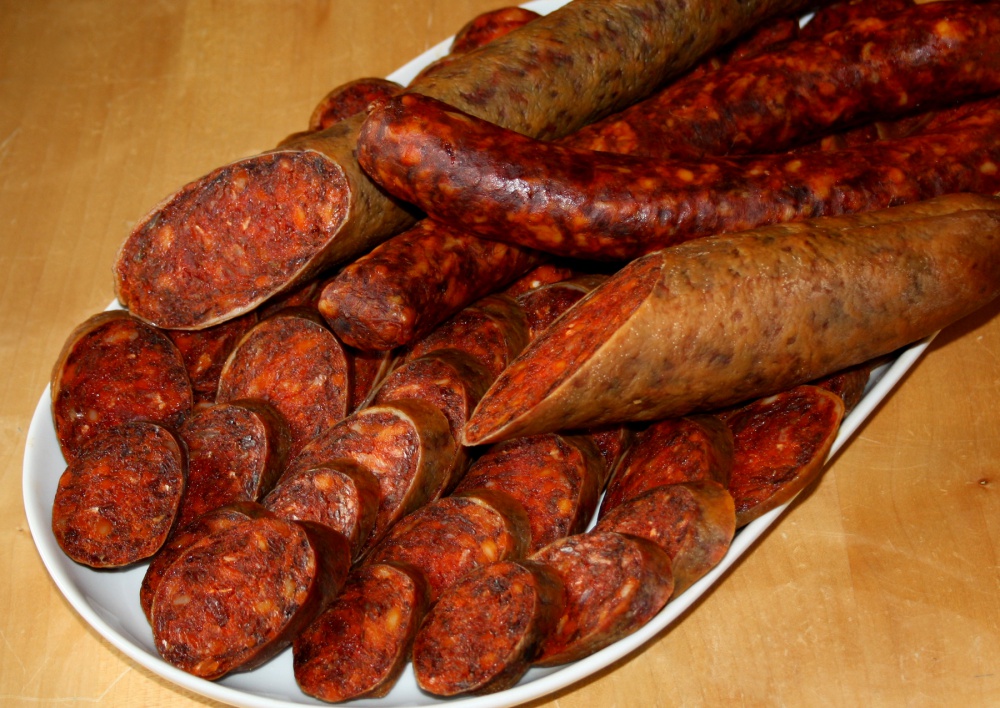 4 evenings: family size premium wineries , (all wineries are introduced under Menu Wine & Spirits) where the owner and his family will cook for our group a traditional hungarian dinner , home-made style, with original ingredients. A wide range of culinary delights are awaiting you: outdoor oven roasted chicken, goose or duck, mangalica pork, authentic gulyas and Hungarian stew, fisherman’s soup, housemade fruit strudel, and more surprises. Every winery will serve and introduce their own best wines just right there from their cellar. 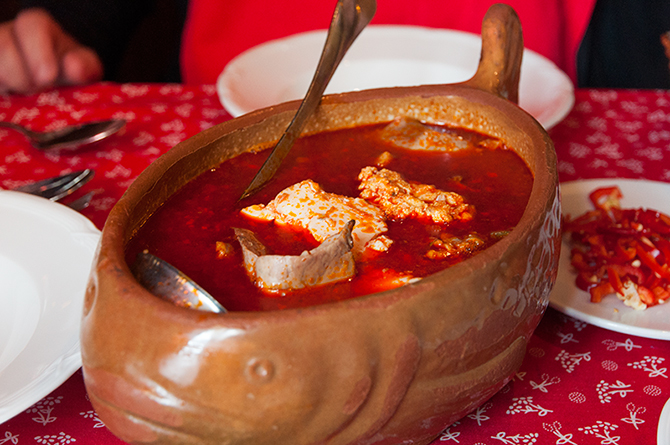 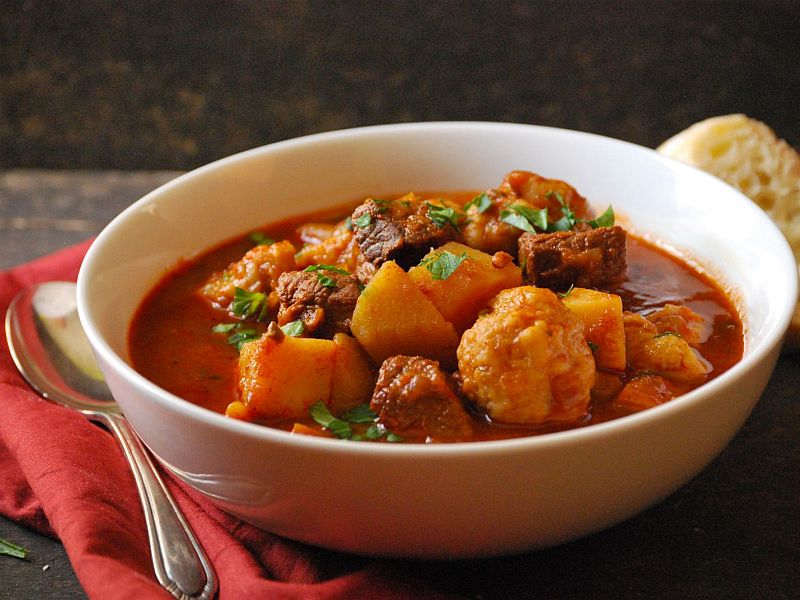 Wine tasting of 6-7 first class wines, and 2 nights - unlimited consumption is possible including the holiday price. The sommeliers are English speaking . You can visit the vineyards, cellars, and be familiarized with wine-making process also. Beyond that You can make your own cuvee in Badacsony and label yourself.

One evening we will go to an excellent spirit distillery, and the owner family will cook home-style dishes for you , beyond the spirit tasting. Ones daytime you can be the guest of the 1000 year-old Benedictine Pannonhalma Archabbey with us . Take your pleasure at their world-famous winery for 7-wine tasting and their gourmand dinner.

One evening our host is a local eco-farmer family, they share the knowledge and love of this land with you and bring up the rich taste of old times satisfying to your palate. They keep indigenous animals in the manor, and the dinner is made of their meat. Local wine and spirit consumption is unlimited in the price.

Join us to savour these gastronomic delights ! 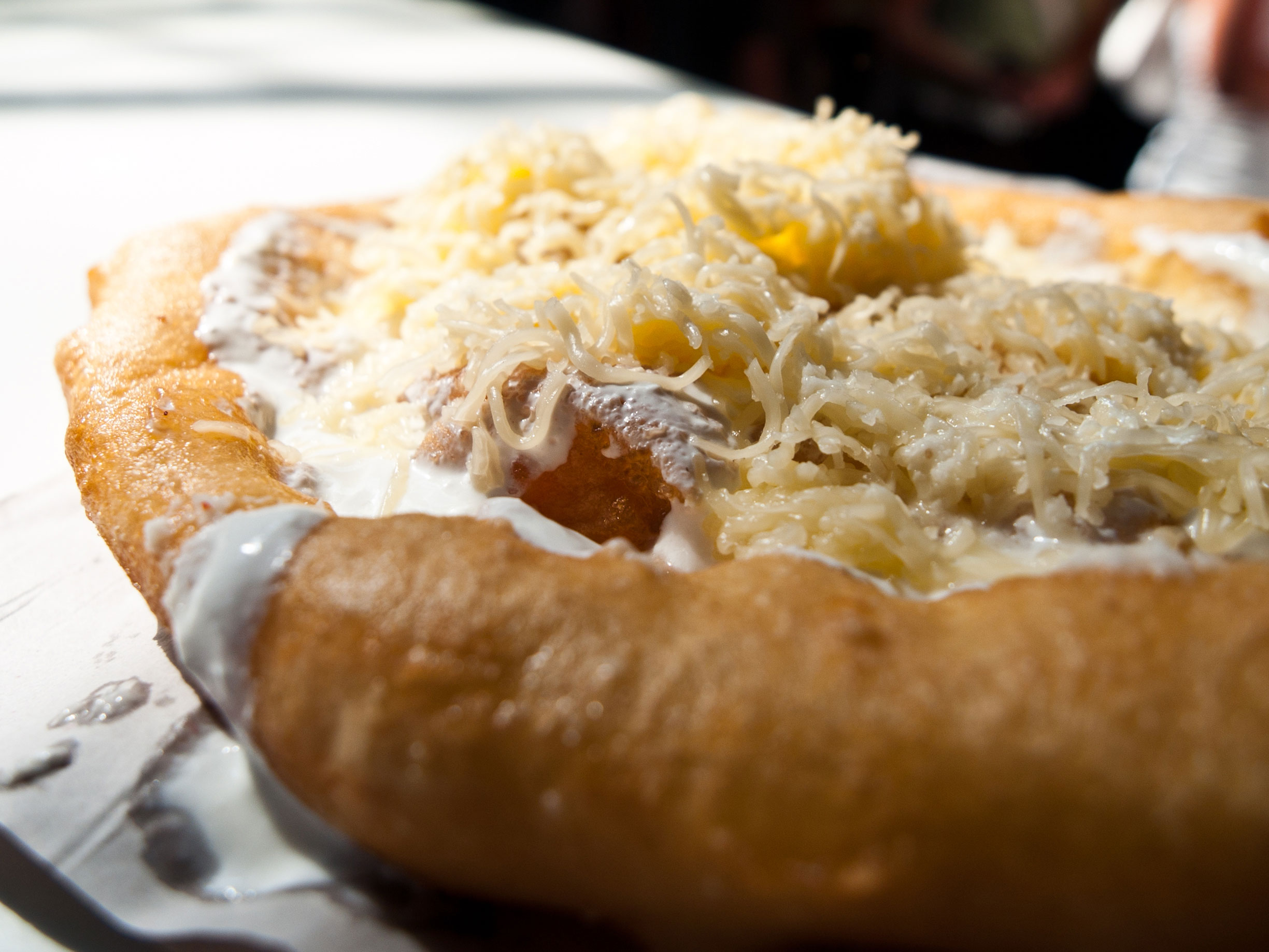 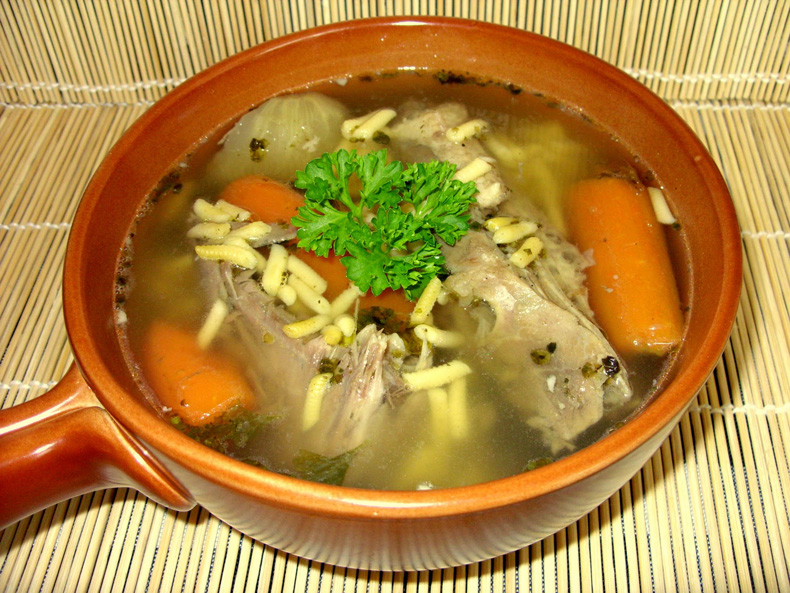 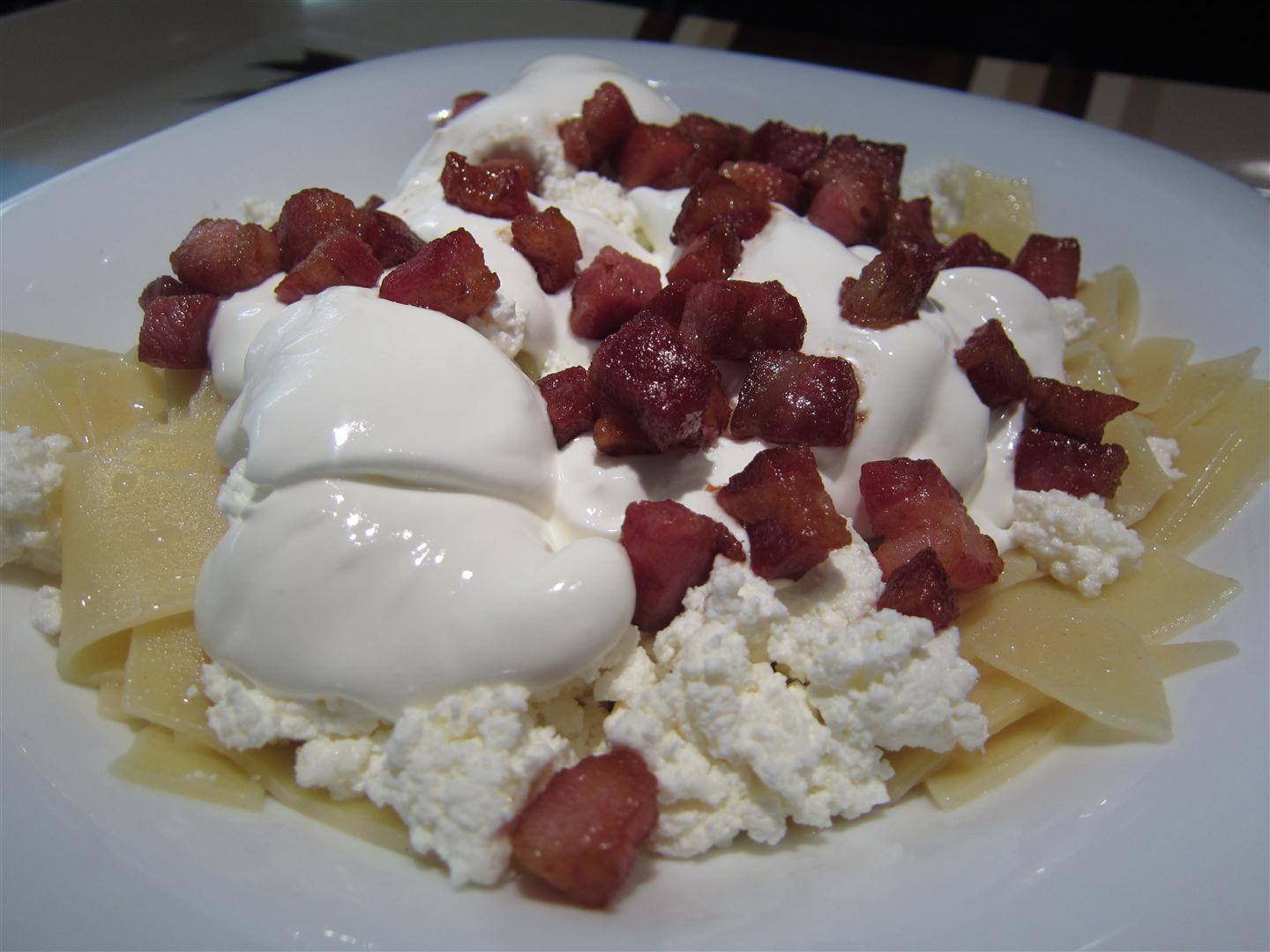 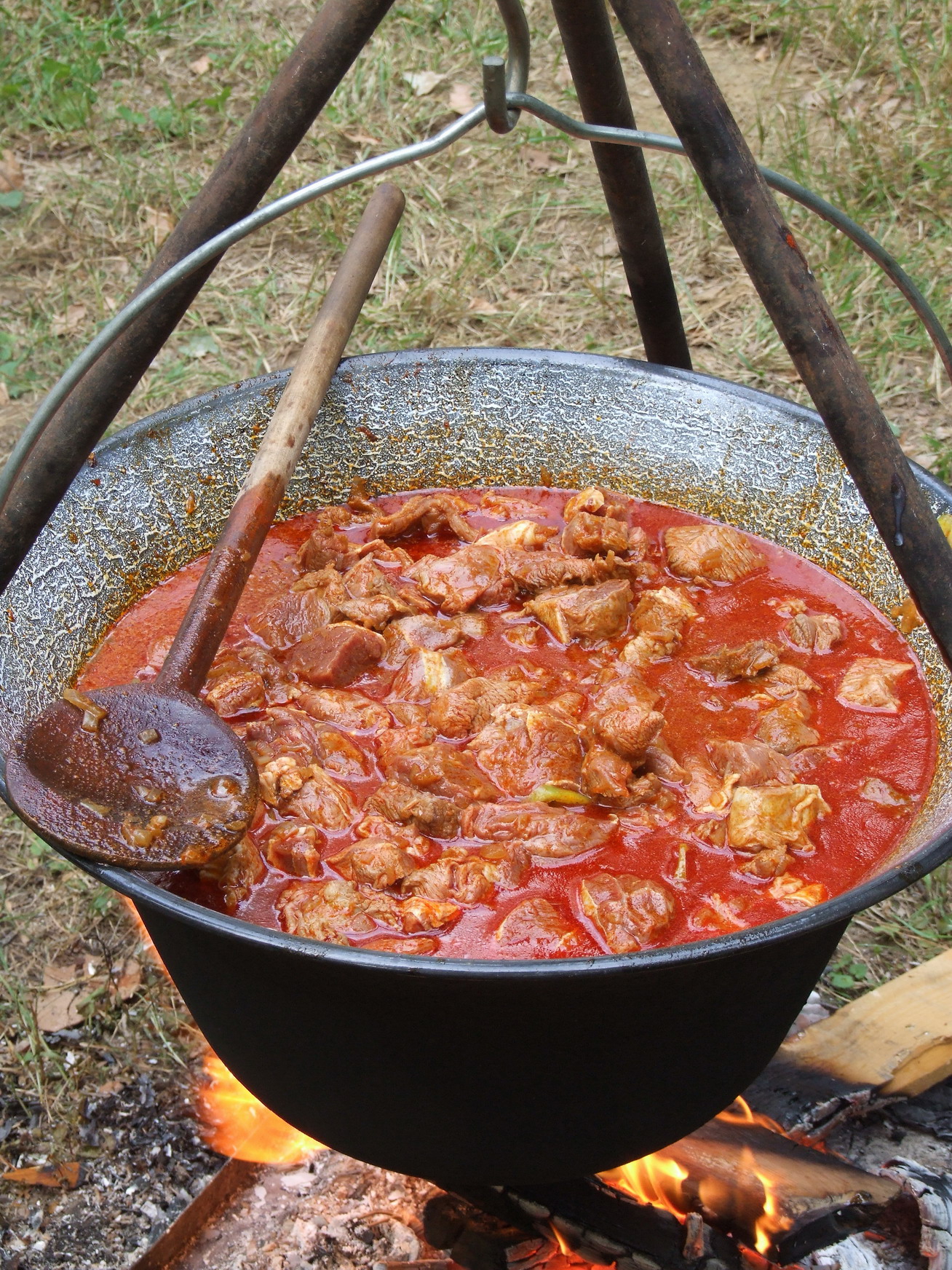 Are you knowledgeable and curious traveller ? We collected the following useful information for You:

Some of the most interesting traditional Hungarian peculiarities:

– known as „Goulash” out of Hungary Goulash is a soup or stew of meat and vegetables, seasoned with paprika and other spices.Originating from the medieval Kingdom of Hungary. It is one of the national dishes ofHungary and a touristic symbol of the country. The name originates from the Hungarian "gulyás" . The word "gulya" means "herd of cattle" in Hungarian, and "gulyás" means "herdsman". Authentic gulyás is always a beef dish cooked with onion,tomatoes , original Hungarian paprika powder, and some green pepper.Garlic, caraway seed, and wine ,potato and noodles are also added .In Hungary gulyás is eaten as a main dish. 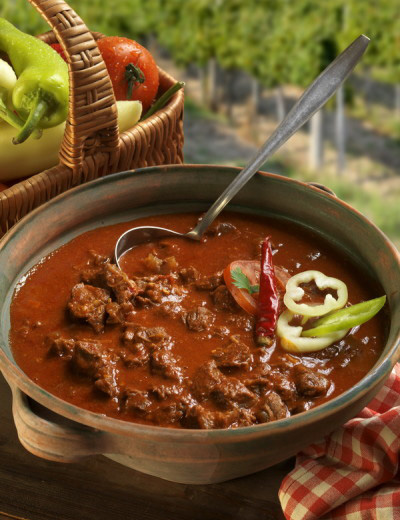 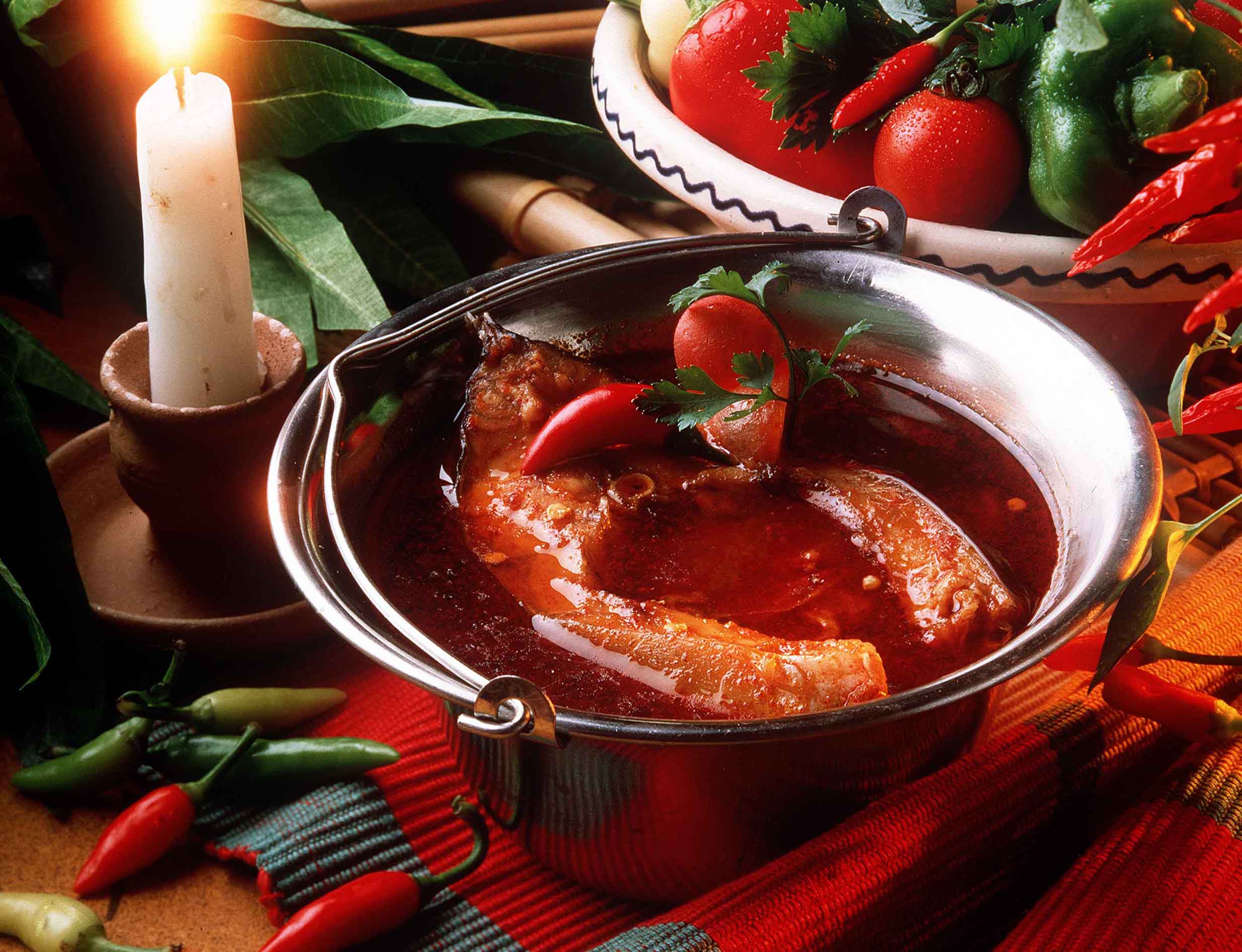 It is a hot, spicy paprika based freshwater-fish soup originating as a dish of Hungarian gastronomy a bright red hot soup prepared with generous amounts of hot paprika and carp or mixed river fish, catfish, or perch. Traditionally, the soup is prepared in small kettles on open fire. Entire fish, including heads and tails, are often added to the soup. The soup is poured directly from the kettle into the plates and eaten with bread.

Paprika is a typical traditional spice of Hungarian cuisine. Hungarian dishes have gained worldwide fame thanks to it. It has a lively red colour and a fiery shine, and a pleasantly spicy scent. It can be either sweet or hot.

Albert Szentgyörgyi received a Nobel prize for discovering the enormous vitamin C source found in Hungarian paprika and for the related research in 1937.

Paprika is used as an ingredient in a broad variety of dishes.

The special red berries of the paprika plant are picked three times around the year. Raw paprika is normally further matured after picking by hanging on walls or storing them skewed on sticks. It is cracked and ground in a stone mill after washing and drying. The last phase of traditional preparation if the 'reddening' stone, whereby the grinding brings out the oil content of the paprika seeds in the seed fragments and dissolves the dye in the skin and hence dyes all of the paprika grains 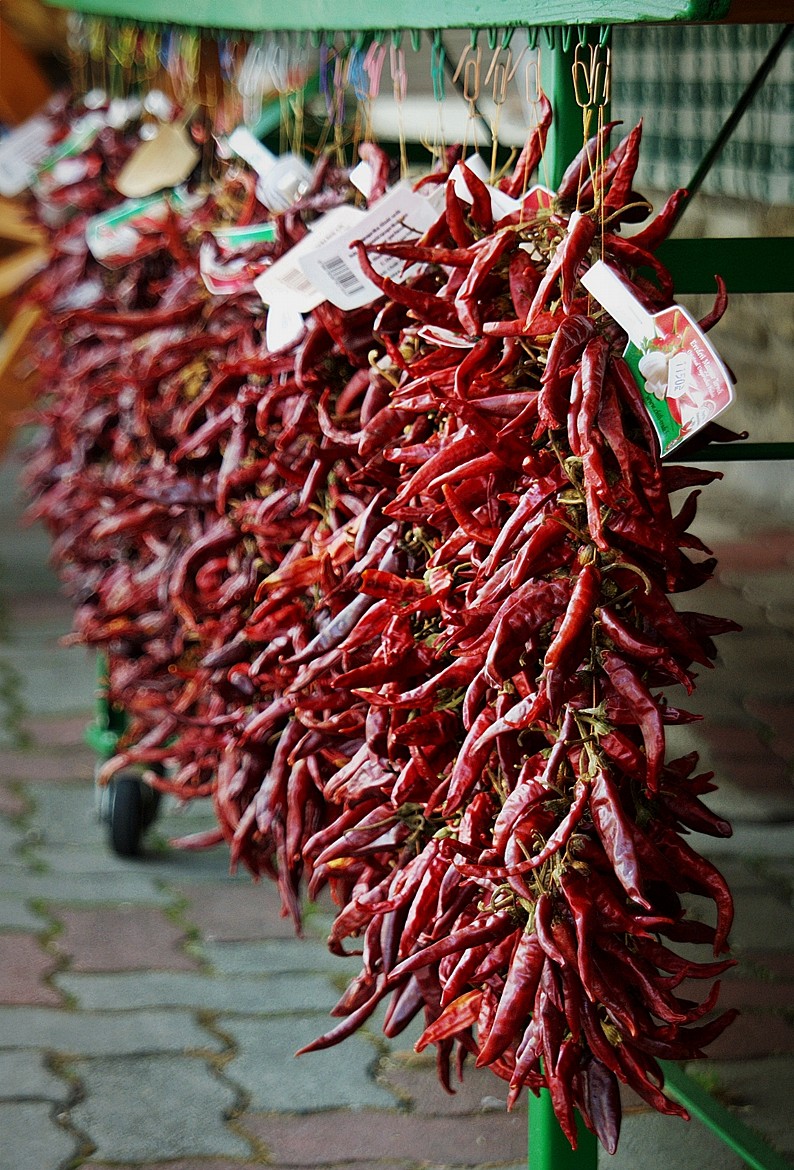 The Hungarian Grey Cattle is an ancient breed of domestic beef cattle indigenous to Hungary, well adapted to extensive pasture systems. Although nowadays Hungarian grey cattle are kept in National Parks and organic farms , their genes are valuable due to their reported resistance to cattle diseases . The meat product made of grey cattle is a Hungaricum , consists of pure meat with Hungarian paprika seasoning. It has a high protein and low fat content. 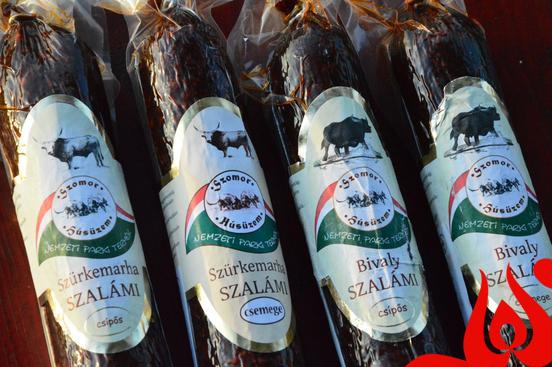 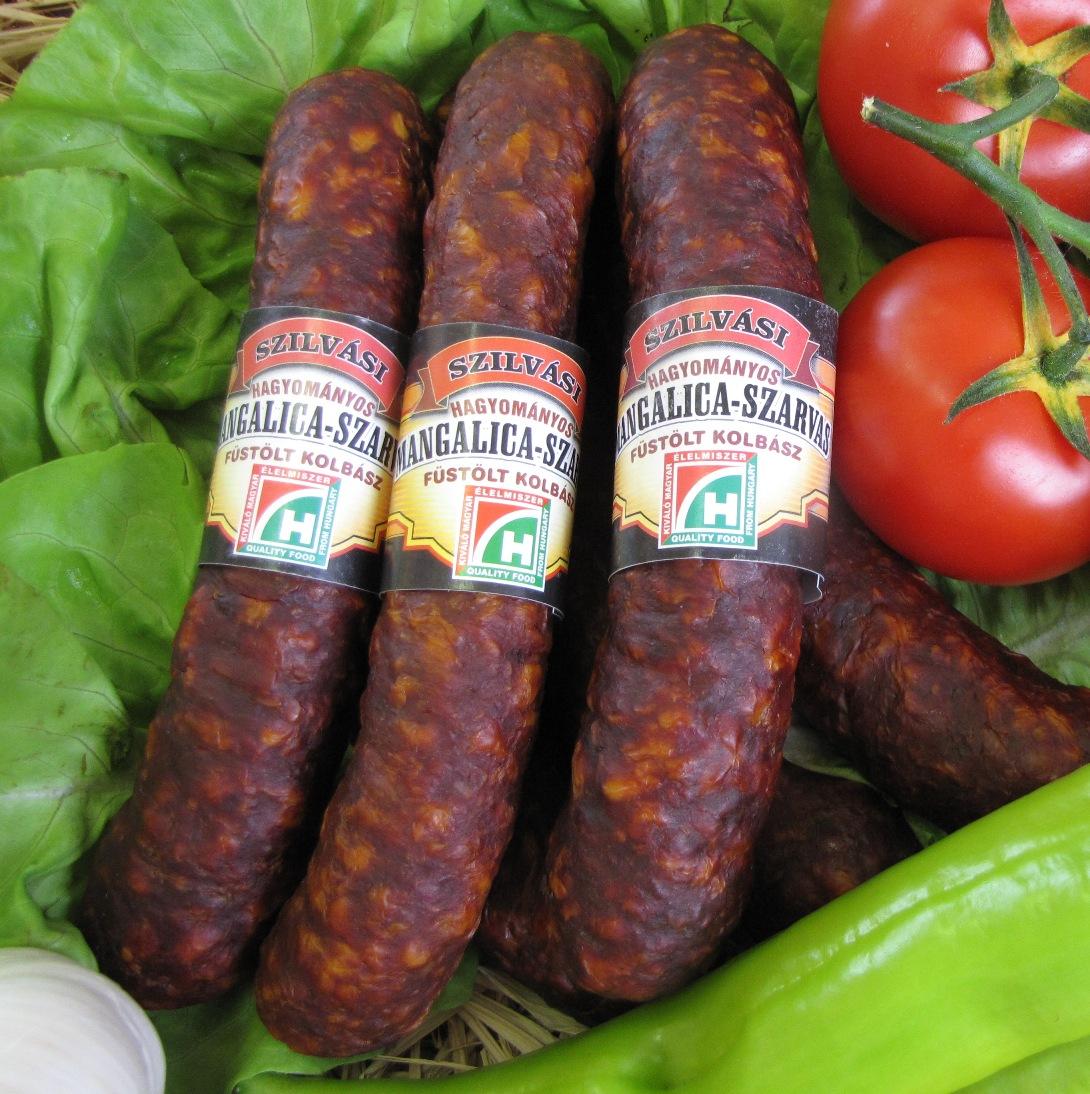 Mangalica is an “ancient” Hungarian pig breed, known also as a curly-hair hog. Salami and sausage are made of the delicious meat and bacon of the Mangalica pork with original Hungarian paprika seasoning. It’s very enjoyable and it almost melts in the mouth.Wild deer and wild pig salami and sausage. This characteristic product is made of deer meat and deer tallow with pleasent seasoning. The wild meat and the seasoning make this product taste “wild”. It has also a paprika variant with pleasant paprika taste and a hot variant that is very hot.

Sit back and relax by adding the divine flavor of Tihany’s lavender to your drink. Known for its calming properties, lavender will make any drink more luxurious with its beautiful purple hue and quixotic aroma.Our unique lavender syrup cause you a special refreshment as on one hand it has a calming, smoothing effect on stressed people while on the other hand it may activate your body 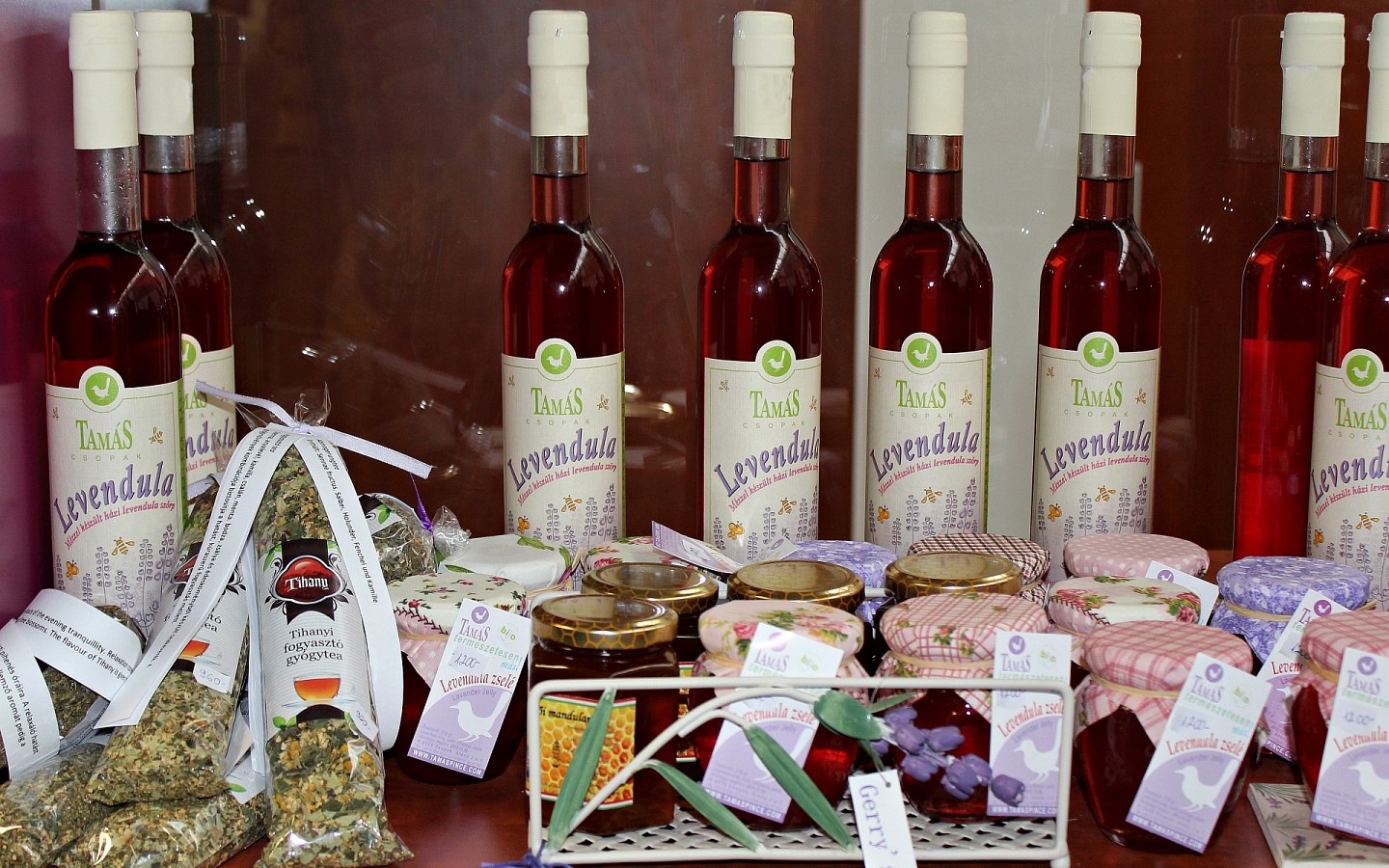 Rose Syrup is an exotic rose drink concentrate made from rose water, with sugar added. It has been used for centuries as a cooling drink during the intense summer. Use with water, cold milk or ice cream. Can be used to add extra flavouring to desserts. 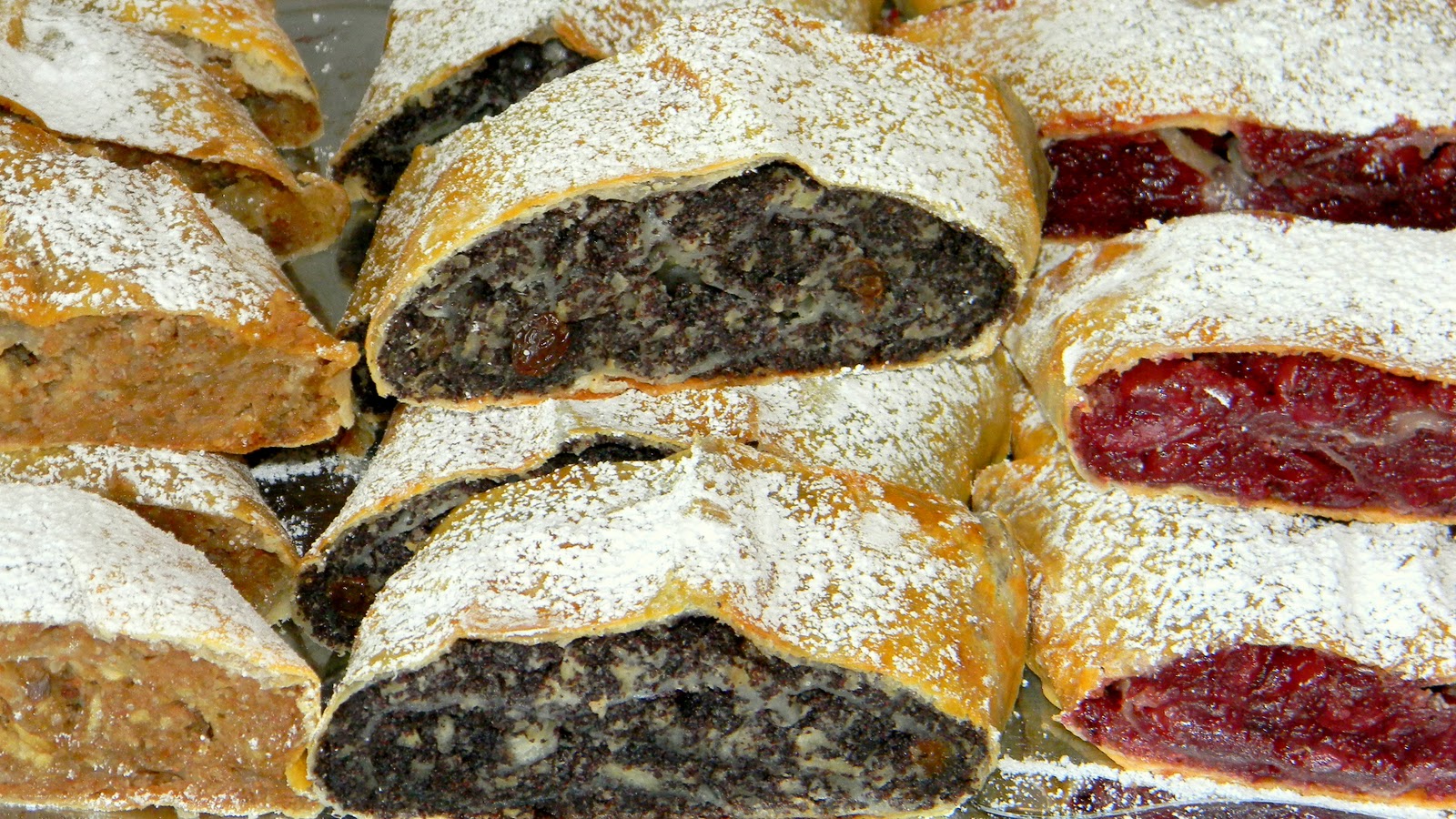 It is a very popular house-made cake in Hungary , and you can taste more varieties of traditional hungarian home made cakes, strudels, sweets thanks to our local hosts. 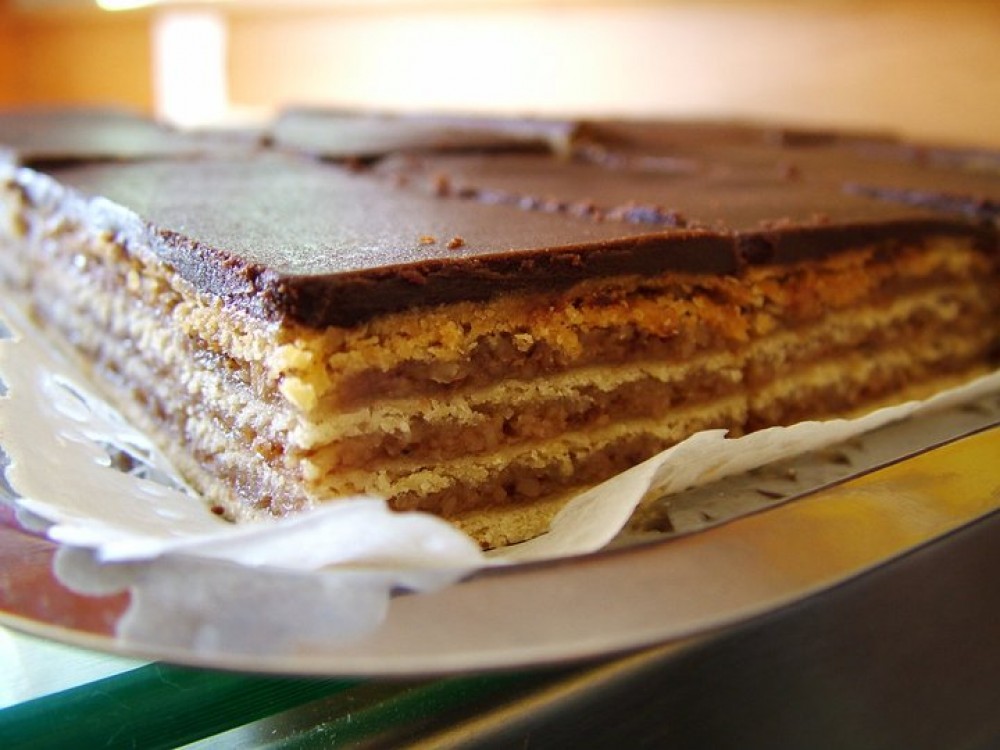 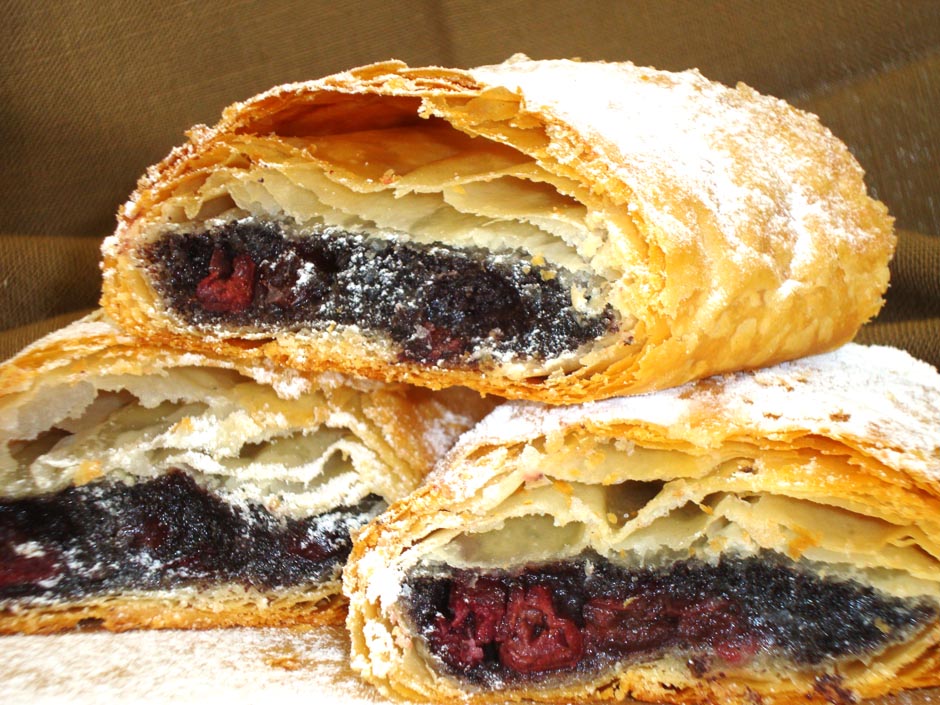 Handcraft cheese made of milk of goat, cow or ewe 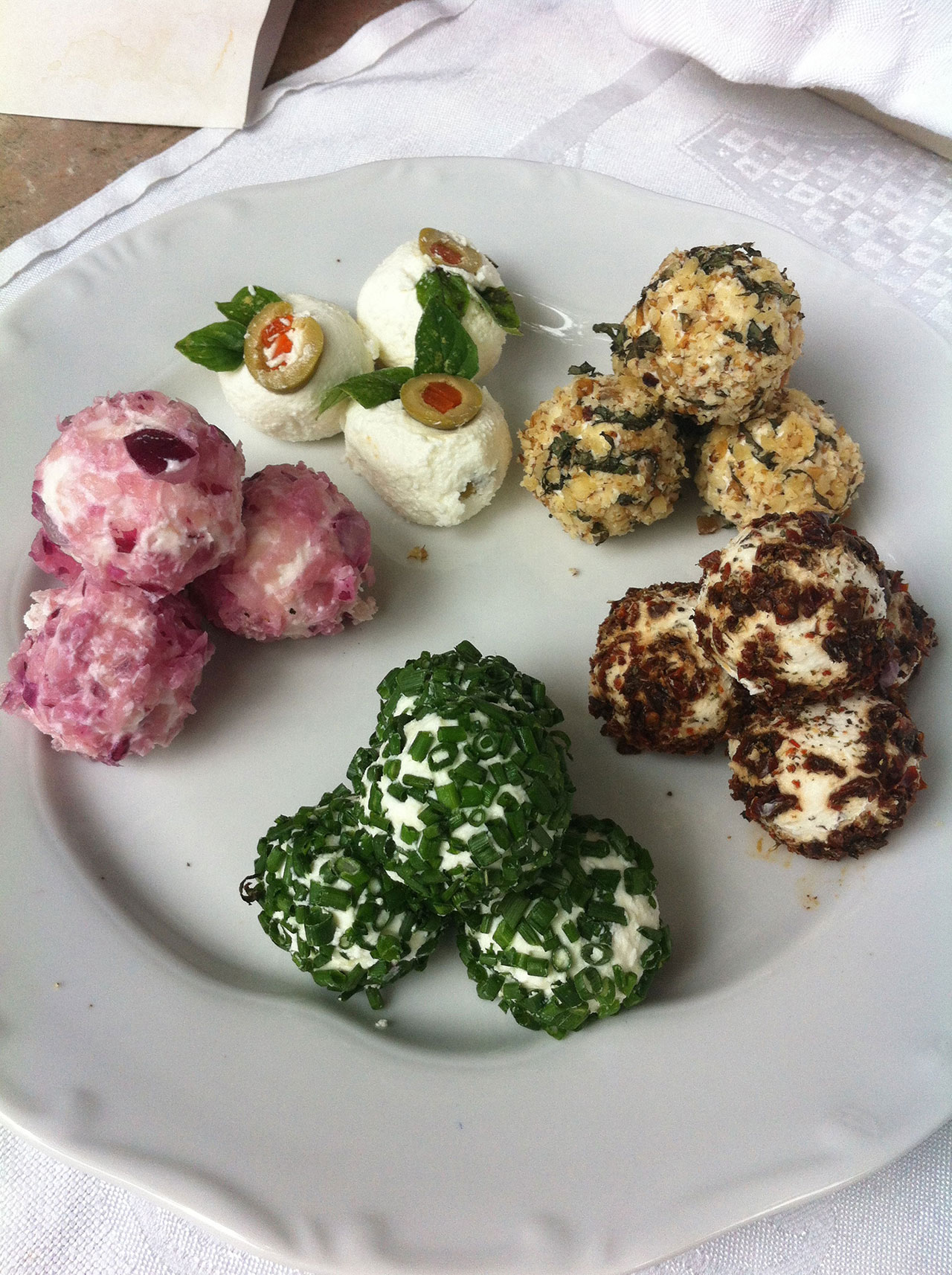 Many farmers make home-made cheese in Balaton region, which can be fresh ,light, their texture is often curd-like , or creamy or solid and smoked. Some are matured . Spices are often added to them on the outside and inside, e.g. after kneading the cheese is dipped in aromatic herbs or the cheese pasta is directly flavoured with aromatic herbs or often with garlic, paprika, caraway seed, nut, even wild flowers or ramsons (wild garlic). 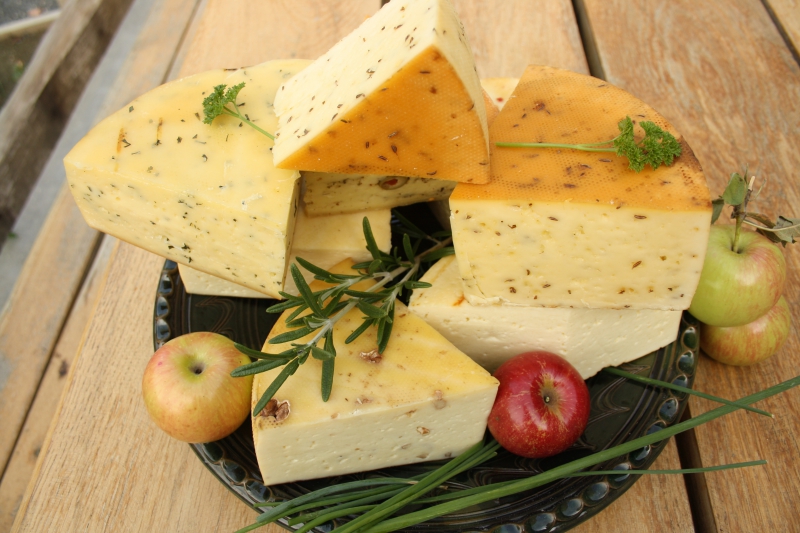 Hungary is the best fruit growing area in Europe.

Due to its geographic location Hungary is one of the most productive fruit growing areas in Europe. The reason is: there is sufficient number of sunny hours and rainy days, also the daily thermal fluctuation is still remarkable in comparison with the southern countries. 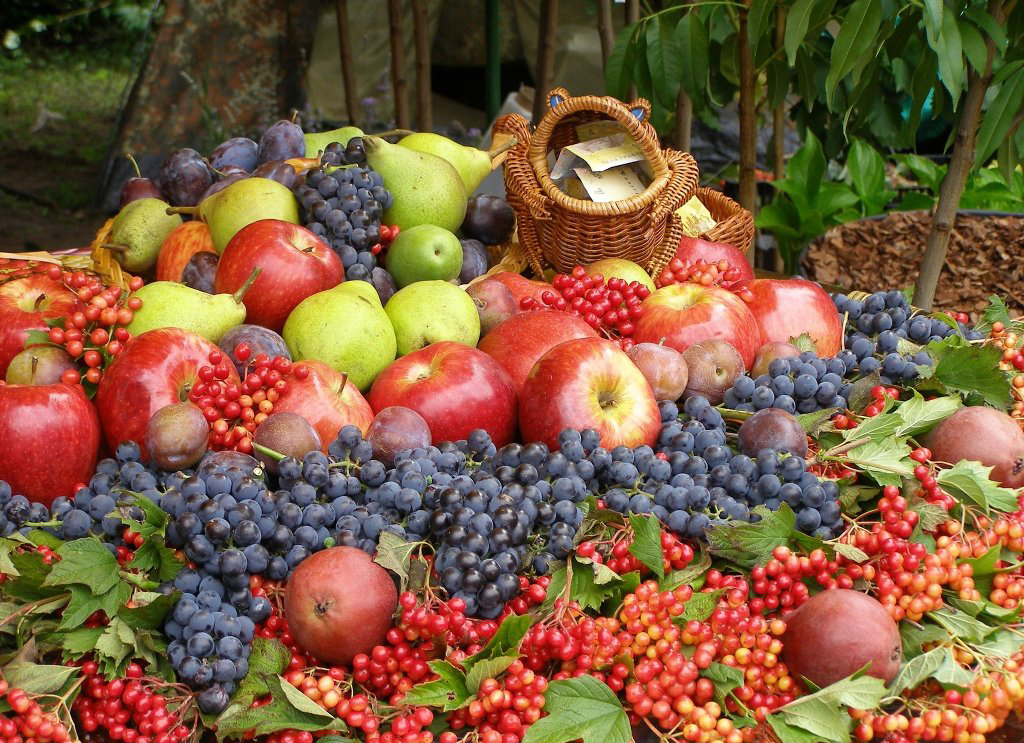 These factors ensure an amazing balance of acid and sugar for dozens of wild and grown fruits. In this way the tradition of fruit cultivation and of the related manufactured and hand made products (like syrups, juices, jams, dried fruits, wines and spirits) dates back to thousand years.

We like to focus more and more on long-forgotten flavours, such as the scents coming out of our grandma's kitchen and the memory of the tasty snacks stored in their cupboards. 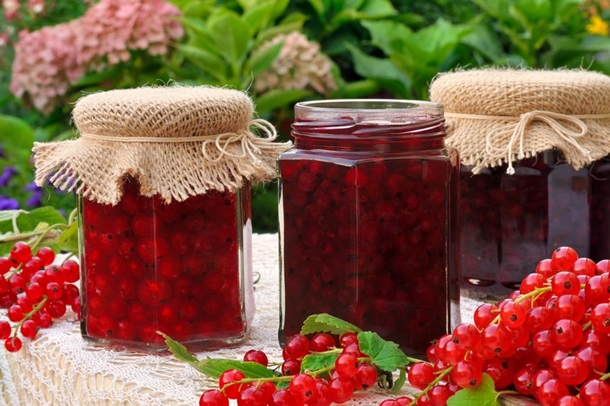 We followed these long-forgotten traditions and adjusted them to your breakfast. Our handcraft jams are made 100 % Hungarian poor fruit using our ancestor's methods, thereby preserving the value of naturalness, the treasure of clear taste of fruit. Many of them does not contain any sugar, only honey.

It is the clearest honey, with more than 30% acacia pollen content. For the Ancient Greeks, honey was the "food of the Gods", and its properties have been recognised by doctors since the beginning of written history. In Hungary – where a large part of European acacia honey production takes place – the centuries-old traditions of honey making are still very much alive.The families involved in honey making know all about the healing properties of the yellow acacia liquid.

At the accommodation of your Holiday the owner has their own produced handcraft honey for your breakfast. You can taste all popular honeys of Hungary produced from many type of flowers, silk-grass or chestnut. 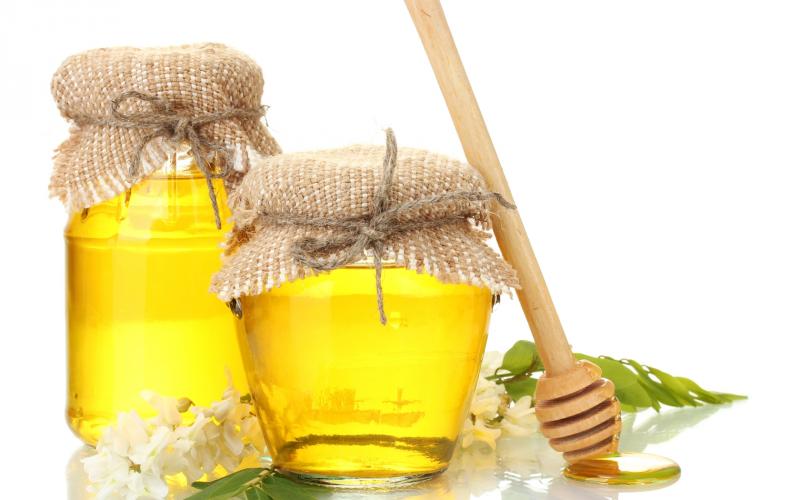